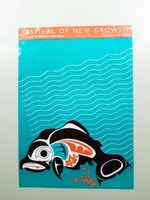 The First Peoples Coalition began in the ‘70s, created by the faculty, staff, and students of color whose needs had been ignored by the early white planners of the college. It grew from the Non-White Coalition Office into its current form as the First Peoples Multicultural, Trans and Queer Support Services which provides important services to the first peoples and LGBT members of the Evergreen community. Multiple student organizations have flourished under the First Peoples Coalition umbrella, including the black student group Umoja (formerly Ujamaa), the Asia/Pacific Coalition, and the Women of Color Coalition.